I want to share a cool thing teams have been practicing where I work, Vehikl. It’s pretty simple. First thing in the morning we plan what a good day looks like, and then what a great day looks like.

Each team defines “good” and “great” differently, but on my team we’ve been defining “good” as a list of tasks that if completed, the client will be happy. It also takes into account internal things as well, like practicing mob programming or participating in our social hour on Thursdays.

“Great” is when those things go better than expected and we have time for additional work. Sometimes we get ahead a little bit on our work for the current sprint. Sometimes this frees up time for other internal activities like social mobs, tech talks or just helping other teams with their tasks.

I love doing this! It’s so much better than scrum meetings. Rather than feeling like a progress report which scrum meetings tend to devolve into, it has a much more positive vibe to it.

Something about writing down what a realistic “good day” looks like for the team (and not an individual) feels really good and keeps everyone motivated. It also serves as a good stress reducer too.

When I feel on track with what I committed to as a “good day” I’m less likely to be stressed during a meeting that’s chewing into my dev time, or more likely to check Slack to see if anyone on one of the other teams needs help.

Some teams just write it out in Slack, or their favourite note taking app.

A few of our devs are actually using the social mob to build a “good day, great day” app!

My team just writes it down in Notion, which is basically a note taking app where everything is a database 🤯

In Notion, I have a template that scaffolds out the page, and then we have a database where each day is an item, giving us a daily log of sorts:

In the template we like to include “unplanned work” and “meetings” too. 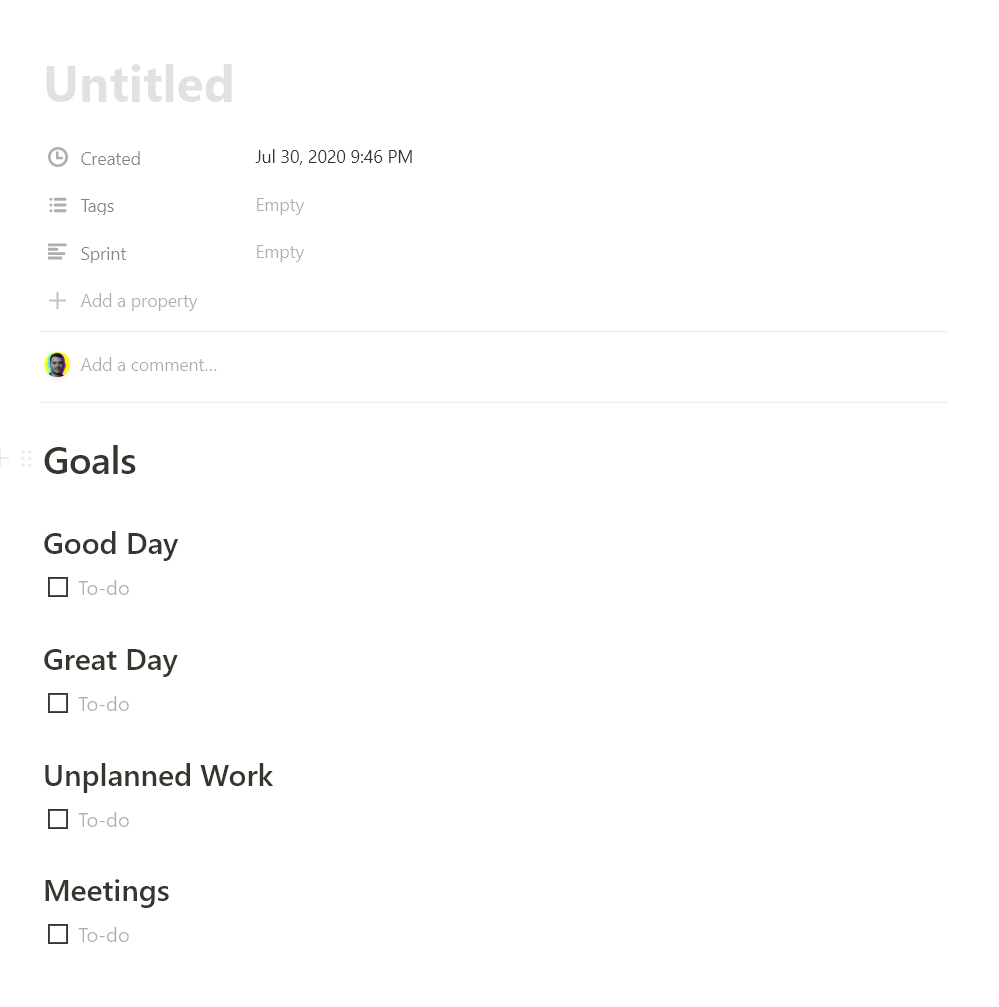 Anyway, not much more to it! I’ve been practicing this for a few months now and it’s been really cool. Thought it was something others might want to try on their teams too!